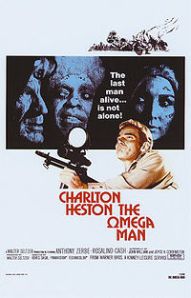 Those eager for Hearst’s splashy debut of its great online experiment, seattlepi.com, are in for a big letdown. It’s Wednesday, March 18, the first day of the Seattle Post-Intelligencer’s digital age, and the Web site looks, well, like everyone who wasn’t staying packed up and left, and the few who were coming back are still hung over from the Monday-Tuesday wake. The content model appears to be: We’re making this up as we go along.

I was going to lean on my nearly three decades of experience as a sportswriter, columnist and editor, both print and online, to offer some insights on how seattlepi.com was going to approach sports. Clicking on the “Sports” section from the main navigation bar is like being transformed into Robert Neville, the Charlton Heston character in “The Omega Man” (or Will Smith in “I Am Legend,” for you more contemporary fans of post-apocalyptic movie fare). The place is a ghost town and you know there are digital mutants lurking about, but they have yet to reveal themselves.

The lead and only story on the Sports page is a remnant from the day before, ”Can the ‘Zags Go All the Way?”. Thank goodness, there are TV/radio listings, but, oops, they are from Monday, March 16, and Tuesday, March 17, as if sports on the airwaves died along with the P-I print edition.

The seattlepi.com game plan for sports, according to a local journalist familiar with it, calls for columnists Art Thiel and Jim Moore to write twice weekly on a freelance basis, with one fulltime sports blogger/reporter covering all the local teams, with the expectation of breaking news. That lone staffer had to take a considerable pay cut and forego a severance package, according to the source. Keeping Thiel and Moore was a coup for the fledging digital operation as the former has been a beloved, authoritative voice in the region for decades and the latter, Moore, by all accounts, is the more widely hit writer online.

Greg Johns is seattlepi.com’s staff reporter, according to the Web site’s sports-blog bios and the fact that he provided the section’s only fresh piece of locally produced content. He will have a difficult road ahead, as he’ll have to go toe-to-toe with The Seattle Times and News Tribune (Tacoma, Wash.), each of which will deploy at least one fulltime beat writer for each team Johns will cover by his lonesome. But if anyone on the old P-I staff was up to the task, it was probably Johns, as he once took on the entire Seattle sports scene at the old, suburban-based Journal American.

The rest of the Web site is just as spare. The lead story is a brief, six-paragraph blog post about puppy mill dogs up for adoption, and two of those graphs promote more puppy photos, for which the digital P-I has come to be known. Besides its usual spate of wire copy, the “new” seattlepi.com features three unedited and unscreen posts from “local opinion makers,” a suite of social-media posts and, maybe the centerpiece of the operation, the blog of two-time Pultizer Prize winning cartoonist, David Horsey, who appears to have wisely retained control over his own brand.

Cute, brief and cartoonish — that about sums up the debut of the post-print seattlepi.com. If this is the new wave of digital newspapering, at least through Hearst’s eyes, no wonder arch-rival Bay Guardian is calling for the rescue of Hearst-owned San Francisco Chronicle down in the Bay Area.

There was an error retrieving images from Instagram. An attempt will be remade in a few minutes.